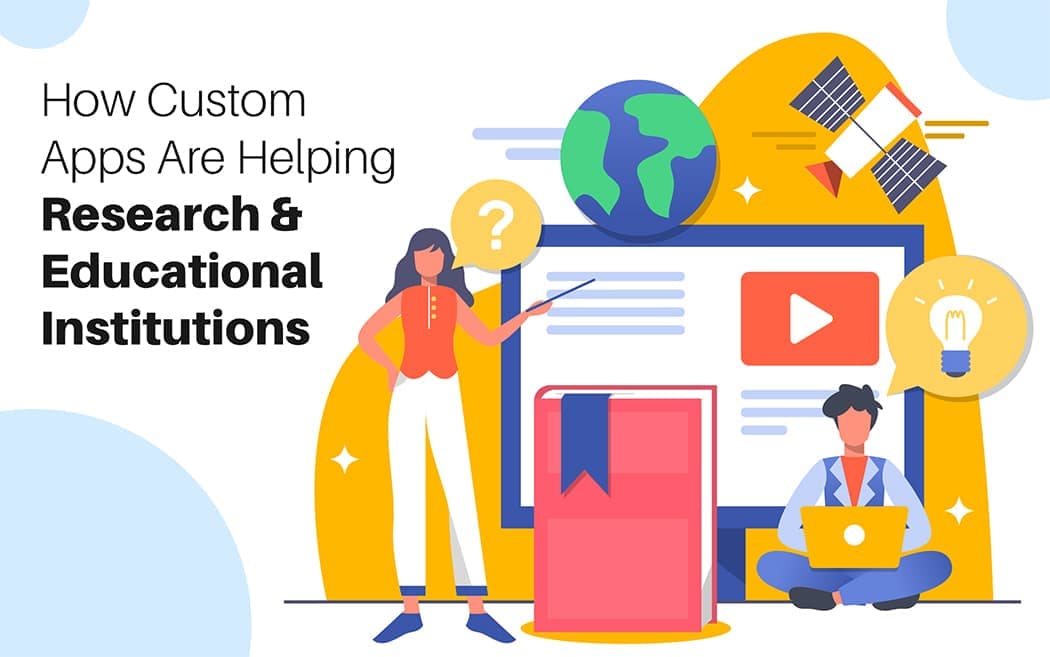 With the immense value technologies like machine learning & artificial intelligence bring to the table, it should come as no surprise to learn that as these technologies become more accessible, cheaper and easier to implement, their adoption rates are starting to soar. The education & academia field (especially research-focused institutes), is starting to adopt these technologies at massive levels, which is helping boost speed, efficiency and scale at which these programs can be conducted.

It is worth pointing out that the marriage between academia & technology is not a new or novel concept — far from it. For example, the Internet enabled researchers to gather data from remote parts of the world and upload it to a central database where doctors and researchers based in the United States were able to analyze the data and provide suggestions on treatment options.

We had the pleasure of working with Emory University to build such an app which conducted a two-year clinical trial to advance diabetes research (read all about it in our case study).

Classrooms are also taking advantage of custom software to aid in teaching students the subject matter in a more interactive and engaging manner. For example, we worked with MIT Sloan School of Management to build the Innovation Ecosystem, which is a web application now being used in their Masters and PHD programs to teach students about the correlation between different data points of a country’s economy and their impact on the innovation happening in that country. It is a fascinating tool that provides 80 metrics for 140 countries and allows students to create interactive graphs and charts on the fly (read all about it in our case study).

As we unlock even more possibilities due to the rapidly evolving technology landscape, the ability for us to build incredibly creative solutions towards furthering academia & education is immensely exciting. Here are some technologies that are on the cusp of disrupting norms and unlocking massive potential.

Simply put, we believe augmented reality is going to change the way we use technology forever. We’re already seeing things that will transform the way you work, play, connect and learn. – Tim Cook

Gone are the days of standardized text-books and tests. Studies upon studies have shown that not all students are the same, and treating them as such by teaching them as one massive group will not unlock the true potential of each and every student. Khan Academy has been instrumental in introducing the flipped classroom approach. One of the benefits of this approach is that each student learns at their own pace, rather than having the keep up with the pace at which the class is progressing. Data from these pilot programs have shown that some students may get stuck at some of the initial chapters of a course, but once they figure out and understand that material, they shoot up and often overtake the students who had progressed through the initial chapters without problem.

In a traditional classroom, they would not have this opportunity as they would simply get left behind. The classroom of the future will have a more personalized approach towards learning. This will be done by giving students bite-sized learning material which they can quickly digest, understand and be tested on. The goal of the testing is not to judge the students, but for the algorithm to determine what areas of the material the student has grasped and which it needs to continue to teach the student further so that they may grasp it better.

The social connectedness, the bite-sized learning element and the ability to access the content quick and exactly when needed is an invaluable way of learning in our modern, fast-paced world. – Karl Kapp

The World of Health & Research

Research is one of the fundamental underpinnings of the academic world, and the latest technology trends are immensely impactful here as well. With wearables gaining momentum year over year, and becoming more powerful with each new cycle, we will have the ability to provide our doctors will timely readings of our vitals to allow them to remotely identify and pre-empty and potential problems that may be lurking around the corner. In just under a year, the Apple Watch ECG feature has already helped over 150,000 people, a large majority of whom stated that when they visited their doctor based on the advice of the Apple Watch due to their ECG reading, the doctor informed them that they had a potentially life-threatening problem which thankfully was caught early due to this technology. As these sensors become even more powerful and smaller, the data gathered from these health apps will prove to be invaluable towards advancing research, largely thanks to the ability we now have to use machine learning and pattern recognition algorithms at incredible scale.

Need to build an app for research & educational institutions?

Tell us your requirements, and we’ll get back to you with a project plan for your custom built application.

Technology, education, academia and research all go hand-in-hand. It is a safe bet that as technology evolves, the custom applications and software that we as app developers create will go a long way in solving problems of the future. The opportunity to create such impactful products that add real value to real people is one of the most exciting parts of our industry and something that motivates us daily. We can’t wait to see the incredible new software solutions that will be built on top of these amazing technologies to further our cause.