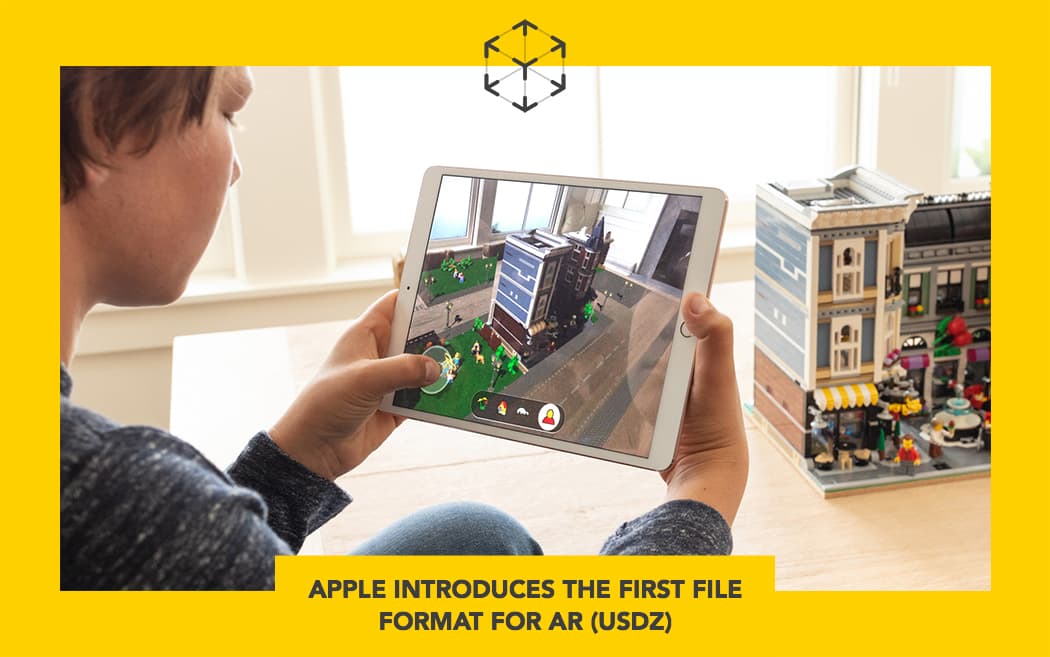 Yesterday at the WWDC 2018 Conference, Apple introduced what they see as the ‘future of AR’, a file format called usdz, which they have been working in collaboration with Pixar Studios for some time now. This comes as a welcome addition for application developers, who now have the ability to package AR experiences and share them with others. This addresses a massive pain point for a growing community of developers who have embraced AR and ventured down the path of AR app development.

So what does this mean for the AR movement? How does the introduction of a file format, that will potentially become an industry standard (as evidenced by support from all major players in the space such as Autodesk and Adobe to name just a few), change things moving forward? Well here are a few reasons why we feel this is a game changer:

As mentioned by Adobe in the keynote, they are building easy to use “What you see is what you get” editors for desktops and mobile devices through which you can easily create objects and export them into usdz which can then be used anywhere (web sites, apps, etc.) This significantly lowers the barrier and makes it easier for people to pickup and build. And if you are a professional and want to use one of the industry leading tools to build objects and distribute across channels, you can do so, as all the big players have announced their intention to support usdz. App developers had been quite vocal in their disappointment towards the low resolution screenshot which AR Kit provides as the only option for a user to share what they are looking at with a friend. However, with usdz, this problem is not only solved, but in-fact improved upon significantly. Now, we will be able to share a packaged usdz file with our friends, who can open the same AR scene and interact with it on their own.

It really is quite exciting to think of all the different experiences we will see in the near future. A customer shopping on a web site will see a 3D preview of the product, interact with it, and even place it in their environment before adding it to their cart — all without needing to download a special app. You will be able to see an interactive re-creation of the events as you read about them in the news. Your email attachment will contain a scale replica of the car part you had requested from the manufacturer. These are just some of the immense possibilities at hand. Once the user-base grows beyond the ‘early adopters’ stage and AR gathers mainstream momentum, it will become so ubiquitous with our daily routines, we’ll wonder how we ever did without it.

Need to build an AR app?

In 2016, we were hyped about Virtual Reality, but soon came to the conclusion that it was not going to be the revolution we had once hoped. In 2017, we were incredibly excited by the release of AR Kit, and had high hopes for AR. In 2018, we are doubling down on AR. It feels like the battle between Virtual & Augmented reality experiences has been heating up for some time now. If you were to ask for my opinion, I’ll give the slight edge to AR. Excited to get our hands on the beta and see what we can build.