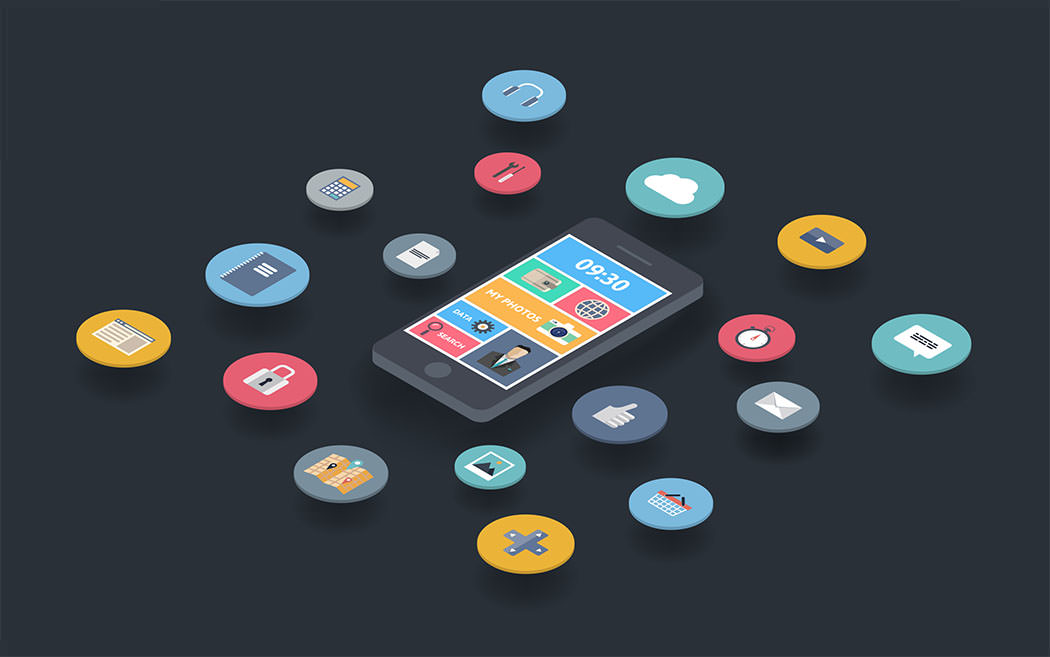 With the new year upon us, Santa isn’t the only one making lists. We decided to toss our name into the hat and give you a list of our own. We’ll be discussing a subject very close to our hearts – iOS applications! So here we go, with the best apps of 2010 in our opinion.

No need to scribble mock-ups on the back of cocktail napkins (okay no one does that anymore, but you get my point). With iMockups you can easily create mock-ups for your web site, application, mobile app or more. Export to PDF or e-mail when you’re done or take notes on existing mock-ups based on feedback. A very functional application with lots of features for the productivity lover.

An iOS top 10 list wouldn’t be complete without a doodle themed game, here is the title that made the cut for 2010. Doodle Fit boasts excellent level design consisting of excellent brain teasers for the casual gamer. Initially given away for free for a very long time, it has since iterated to a state where it is now well worth the 99 cent price tag.

Arguably one of Ngmoco’s best applications, at the very least one of the most impressive in terms of design and development. The playing god concept is borrowed from that of the old PC classic Black & White, but brought to the small screen with style. Use your powers to strike fear into the hearts of the people and convince them into worshipping you. If you like you can go the other route and perform miracles for them, but where’s the fun in that?

Created, designed, developed and marketed by ,Aoone person’, Trainyard is one of the most complex and brain teasing puzzle games released in the last year. At some points you will begin to doubt some puzzles are even possible. Twenty minutes later when you finally solve it a surreal feeling of accomplishment will wash over you. A brilliant game created by a brilliant mind.

One of the pioneers of the line-drawing-game genre, Flight Control is now all new with the addition of Game Center and multiplayer supporting, taking the competitive and addictive nature of this application to the next level. With over 3 million copies sold on the App Store to date, Flight Control is easily one of the best apps of the year.

The sequel to one of the best racing games to ever grace the iOS platform, Real Racing 2 has done it again. Hailed as the most complete driving and racing experience on the platform ‚Äòby far’, Real Racing has one-upped it’s predecessor in almost every department, graphics, gameplay, re-play value and more. And that’s saying something considering Real Racing was nominated for game of the year previously and was often regarded as the best racing game around.

Following the tried and tested formula of creating a puzzle with graphics that ooze cuteness coupled with challenging level design that scales well, Cut the Rope has delivered one of the most immersive experiences of the year. With the inclusion of Game Center and achievements, get ready to be hooked until you beat all your friends and their respective achievements.

A sleeper hit, Flipboard is one of the best pieces of iOS development seen this year. Taking social feeds such as RSS, Facebook & Twitter connect along with other pre-defined feeds, it creates a newspaper-style experience that is unique to the user based on their interests and social profiles. As if that wasn’t enough, it’s FREE. Come on!

The undisputed king of iOS games. Angry Birds has shattered all barriers. Insanely addictive, constantly updated, brilliantly designed and polished, Angry Birds has set the bar so high for all future iOS titles that it is almost not worth even trying to dethrone it. All others simply have to settle for 2nd place week after week on the App Store top 10.

If you were to use one word to describe Infinity Blade, it would be ‚Äòunbelievable’. Pushes all boundaries of iOS gaming as we know them and then some. Infinity Blade has already won countless ‚ÄòGame of the Year’ award and here is another one. Developed on the Unreal 3 engine, Infinity Blade is what all future iOS (non-casual) games will be compared to and most of them will fall helplessly short.