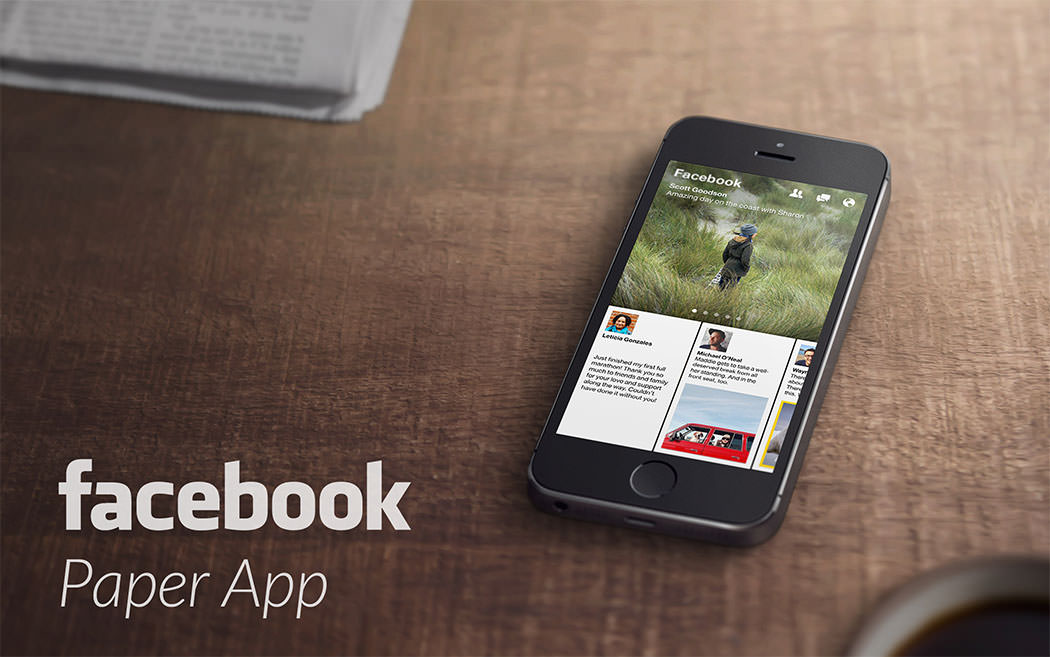 A clean and fresh perspective to your news feed

A couple of weeks back, a few fellow researchers at Princeton University predicted that Facebook would lose 80% of its users between the years 2015 to 2017. According to the research, this would eventually lead the social network to its demise. The idea to compare a social network with an infectious disease is quite unorthodox. Considering user adoption of a social network analogous to infection and abandonment as recovery is amusing. Some fellows at Facebook did reply to this. They applied the same methodology on Princeton University, thus arriving at the same result of its demise by 2017.

For me, the real response to that research was released on a day before Facebook’s 10th anniversary. Facebook launched Paper, its news feed app for the iPhone. This app shows Facebook’s approach to innovation and creativity, which would be a critical factor to keep its users engaged. It has a lot of promising features which can compel you to replace your existing Facebook mobile app.

First of all the design is awesome. This new clean and intuitive design replaced the old way of looking at the news feed. It has replaced the old scrolling feeds where text and images were fighting for every “mm” on your 5 inch screen.

The content for each category is shown in a card style series at the bottom of your phone’s screen with a picturesque preview up top. You swipe up a story to see the details and swipe down to fold it back.

The idea behind Paper’s news feed dwells around four key concepts. A human editor (to satisfy those who starts yelling “Skynet” and “Cyborg” to every single happening in the tech world), a computer algorithm to gauge popularity, posts and interactions within your social circle and last but not the least your own likings.

The result of such patterns shows a better news selection, especially when you compare it to the ‘news’ shared by some of your friends (if you know what I mean). Paper display news in channels like “Headline”, “Exposure”, and “Flavor” etc. The names are confusing, but news within these categories are clear & precise.

The only thing I miss is that I cannot choose my own news sources. Although, the news sources included in the categories are quite reasonable, including the likes of CNN, Time, New York Times, USA Today, TechCrunch, Mashable etc. Yet I feel there should be an option to include news sources of your own choice. Since it is early days for Papers, we can hope to see this feature added in future updates.

From authentic news portals to celebrated blogs, you can personalize your news feed with different stories. You can also view your personal notifications. The process of sharing personal statuses, news, pictures, videos is also very simple and entertaining.

The two most exciting features are the tilt and unfold. The tilt uses gyroscope for high resolution images. A panoramic view of pictures by just tilting your phone left and right is an awesome innovation.

Overall Facebook Paper is a beautiful addition to the iPhone. Currently Paper is only available for iPhone, but with the popularity and its promising features we may see an iPad and Android app very soon. Paper is a beginning to replace the existing Facebook mobile app with a fresh design and new features.