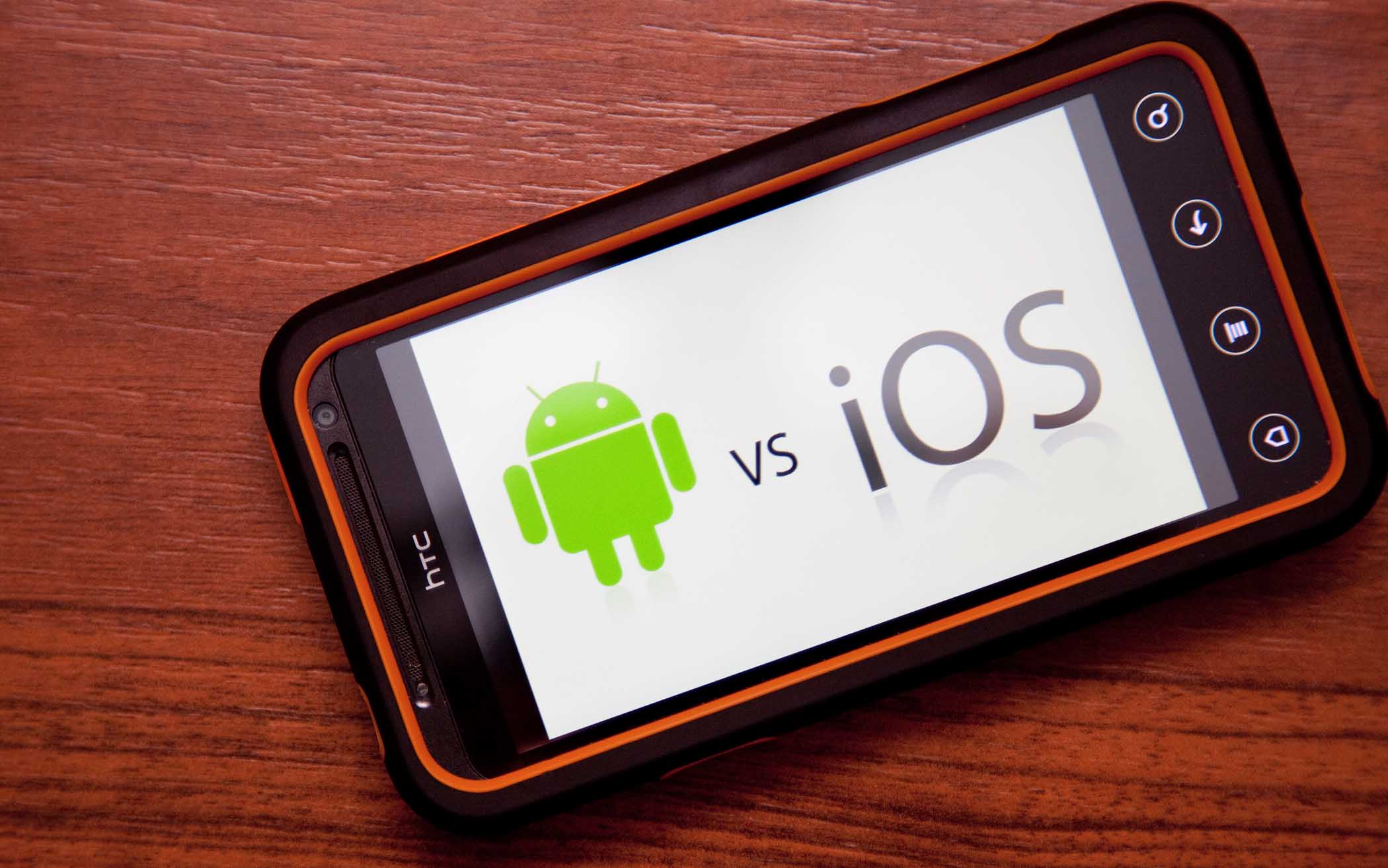 iOS vs. Android? How to choose the best Platform for your Mobile app?

When it comes to choosing a platform for your mobile apps, the line between Android and iOS blurs out rapidly. Some users say iOS works best for them, while some consider Android. Such debates make developers to excel equally in both the application platforms.

Nevertheless, when it comes to choosing a platform for your business, it is important to thoroughly examine the various facets of each product and it’s infrastructure. This is an important decision, particularly for developers trying to reach their consumers on a mass scale. To do so, we need to focus on a few points that can help you decide which platform to target for an initial release.

Examine Platforms by the Figures

An estimated 52.3% of U.S. smartphone users rely on Android devices. On the other hand, iOS phones only account for 37.8% of the overall market. But firstly you need to observe your visitor’s stats and see what portion come from the iOS or Android. Depending on the majority you can decide which platform would be the best to design your application.

Perhaps most importantly, the Android OS is not limited to a single product, like iOS. Instead, plenty of different manufacturers offer products that run on Android. These products vary greatly in terms of hardware, features, and retail prices. If you are attempting to reach a large audience, Android would provide a unique and intriguing stand in the market.

Because the user base is so vast in both the app platforms, it is extremely difficult to pin down spreading trends and habits that apply across the board. iOS trends are easier to decipher. Going a step further into customer behavior or usage, determining which platform to develop first should depend on whether your customer is a heavy user of iTunes or Google services such as Maps, Gmail, Calendar or Google Now.

Invest in Test and Research

One difficulty that some Android developers encounter is that apps do not always render correctly on all of the estimated 12,000 devices that run Android. The iOS operating system, on the other hand, is only supported by a small handful of devices from Apple. Testing and deploying an application on iOS is much less time intensive, as the application does not need to be downloaded on every device to get a full snapshot of its compatibility with myriad smartphones.

Keep your Resources in Mind

Even though most companies end up contracting out a good chunk of their mobile development work, you still need to communicate with your team and see what they are most familiar with developing in. If you have to built an iOS based app then you can only build it on Macs. Android targets a mass market as compared to iOS and therefore it can support Windows or even Mac to create an application.

The saying that Android customers are never ready to pay isn’t quite as true as it used to be, but it is absolutely true that iOS users are more willing and more likely to pay for an app as compared to Android users. But this doesn’t mean that users on Android don’t buy at all. Also consider where you can accept payments from both platforms. For example Google is continuing to increase the number of countries that support paid Google Play apps but this is an area where Apple still has a substantial lead.

iOS, Android or Both?

The answer to this is a bit more complicated, because Android is the dominant mobile operating system on a global perspective, whereas on the other hand, iOS continues to build its loyal customers around the world. Therefore we would suggest you to keep a strong hand towards both the ends since each platform covers over 90% of the market.

Ultimately, determining which platform works best for your business is a decision that takes several factors into consideration. Choosing one platform over the other comes down to personal preference of devices, and what apps and services you as a user care about the most.

The reality with mobile apps is that you won’t know everything you need to know until you get your app in a marketplace — any marketplace.