The Killer App Combination for your Campaign 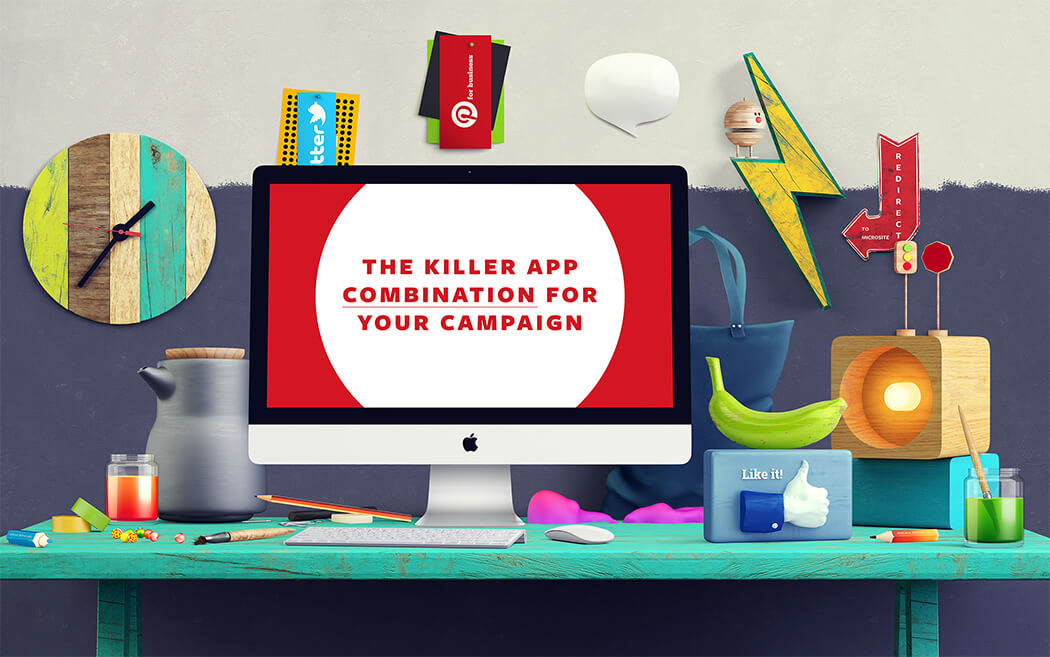 There might be special events that you would want to target your next application for branding purposes such as New Year’s Eve, Christmas, Valentine’s Day and so on. A game, an interactive activity, or a competition; you have many options to choose from. You brainstorm the possibilities of maximizing the traffic and engagement on your campaign and are confused with the options of either developing a Facebook app or a Microsite. Let’s discuss what would work best for your campaign.

Facebook is a powerful tool that has transformed the online world today. For businesses, Facebook provides visibility with various features including advertising and application development. Facebook apps are perhaps the easiest and most cost effective way of driving traffic from Facebook. They go a step ahead to ensure visibility by displaying user’s activity of the app on their newsfeed and tickers, promoting the viral effect. Moreover, users are more likely to perform an activity on Facebook rather than being directed to an external location.

However, Facebook provides limited area for apps and you might feel it is strangling you to express your thoughts in that space. Today, over 40% traffic on Facebook comes through mobile. The value this segment holds can’t be ignored. Facebook application has another drawback when it comes to mobile access; tabs aren’t available on mobile. This means, Facebook apps are limited to web traffic only. Moreover, if anyone outside the platform clicks on the link to the Facebook app, he would be asked to login if he is not in order to use the application, leading to a massive drop out rate.

Unlike Facebook, a microsite helps businesses showcase their ideas and take command of design and creativity. They have complete control of the browser space which makes it easier to convey their thoughts and design according to the visitor journey with ease. Moreover, a microsite can be responsive. This makes the application accessible to mobile traffic. The good thing about microsites are that they can benefit from various platforms. You can easily share links and advertise a microsite on platforms such as Twitter and Pinterest to optimize the traffic. Speaking of marketing, it would be unfair if we ignore the remarketing functionality offered by platforms such as Facebook and Twitter to be taken advantage by a microsite.

So let’s give you the information you are here for; the killer combination!

As you now understand the difference between the two, the killer combination of both will result through a Universal Responsive App. We have discussed both, Microsite and Facebook app, above but let me tell you how the combination actually works.

When you create a universal responsive app, the advantages you gain are plenty. You can benefit from the traffic coming through mobile devices, as well as advertise your app on various platforms. Apart from having complete control over the screen space for design elements, you can also use this responsive app for your Facebook traffic by linking it with Facebook tab application. The responsiveness of the application adds value to the whole model as it will fall into the limited width Facebook allows smoothly. In other words, one universal responsive app has the ability to run on its own as well as transition into a Facebook app quite easily, so that you can gain advantage of all mediums for maximizing engagement by creating the application only once.

Now, you have a microsite that can be accessed by mobile users and from platforms such as Twitter and Pinterest, along with a Facebook app for web traffic on Facebook, both with just one universal responsive app. This combination is a perfect solution for establishing an exclusive space for users to interact with your campaign. Pros of both, cons almost none, cost and time effective!

To see visually how it works, check out a live example of our killer combination.

How IoT Can Restructure The Education Sector