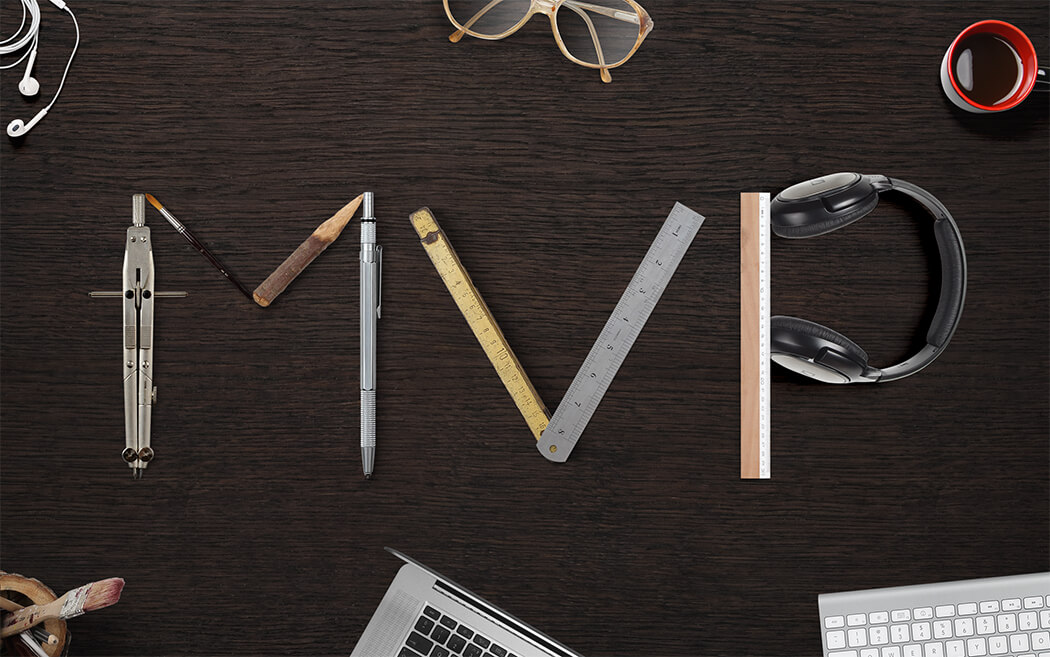 In our last episode, we have discussed how a mobile app development company approaches new product development. Moreover, we reviewed how product planning includes everything from idea initiation to its launch. It is understandable why developing a new product is a long hard-fought battle.

The modern day app development industry is fast-paced; there are more than 1 million apps in the App Store as well as in the Google Play Store. The market is saturated and the competition is tough. At times, companies can’t afford to delay launching a new product/service just because some complex features are still being developed and are not ready. In simple words, an MVP is the smallest thing you can develop that lets you swiftly make it around the build-measure-learn feedback loop. An MVP may be a prototype, an entire product, or a subset of the product (such as a core feature).

Qualities of a Minimum Viable Product

Modern day giants, who started as a MVP Some Strategies for developing MVPs Tackle fewer use cases: Many product development teams begin with a big vision of launching new products in multiple markets or rolling out a new process throughout their entire company. However, the lean startup method provides an alternative to this risky strategy. Piloting in one or a few regions/segments can help you test whether your strategy will drive the outcome you seek before you start scaling.

Change materials, tools, resources quickly: If you are facing trouble with a technology, tool, or resource, change it to iterate faster. At Cygnis Media, we once used Toggl for tracking time; however, as soon as we learned that it was not adding enough value to how we measure productivity, we discarded it. This saved us from wasting our time and resources on a tool which was not very helpful in our project management efforts.

Do what you’re planning to do later, now: A MVP can help you with feature/function prioritization as well, because you can do things which you initially planned to do later. Ask yourself, “What would you do with your product once you’re done building it? What if you do that right now instead?”

Take advantage of early adopters: Most of the time, customers are eager to experiment with partnerships and co-creation opportunities. Such collaborations can offer you valuable on-the-field learning early into the process. Product development teams must be vigilant in knowing when it’s time to scale beyond their initial customer, market or region; often, the benefits in terms of price and services you can offer to early adopters in exchange for early learning are not scalable.

Adopt a customer service mentality: A product development team working on an MVP should not only consider themselves as the creator of a new product, but as a customer service provider working with internal customers to ensure they’re creating a product that has real business impact. An MVP approach can be equipped with data-driven feature prioritization. We have already witnessed how products like Uber have incorporated features and functions according to people or situation’s demands. For example, Uber added an “SOS” button in India after an alleged rape incidence.

Apart from collecting data from different analytical tools (Google Analytics, Flurry, Apsalar), product managers will also have to work closely with sales-support teams to get users’ feedback. Moreover, they will have to monitor the data-sources, like surveys, feedback, and interviews.

The process of balancing product priorities doesn’t end after the launch of the MVP. It keeps going throughout the entire life cycle of a product. Even when a product is well-established and has a million customers, product development team still needs to choose which features/functions to build first and which ones can wait.

Popular ways to engage early birds for your MVP The smoke test typically consists of a landing page (a microsite), advertising campaign, and email campaign or survey. It takes very little time and resources to set up, but can be very useful when it comes to gauging the target audience.

It is the most popular way on crowdfunding sites like Kickstarter and Indiegogo. Basically, a product development team creates a video that demonstrates their idea, detailing things like design, functions, features, and target audience. Products shown in such videos are usually mockups, sketches, or diagrams that communicate the general concept. The objective is to create interest, and in the case of crowdfunding, money for the project. Dropbox started this way.

A prototype is typically a working version of software, which a product development team releases to respective market, hoping to gather users’ thoughts and reactions to improve the minimum viable product. It is a fast and easy way to gather information from users and it is easy to setup because it only has bare-bones functionality.

A Minimum Viable Product is not all about making a product swiftly. It’s about concentrating on what’s most important and developing that first. An MVP allows the product development team to gauge the target audience’s reaction to the product. Information collected from users can be used to create following iterations of the product, ensuring that it’s as intuitive, valuable, and useful product. In our next post, we will discuss some tools that can help in product development.

Episode I: An overview of a technique used for product development