What Is Technical Debt And How Can We Prevent It? 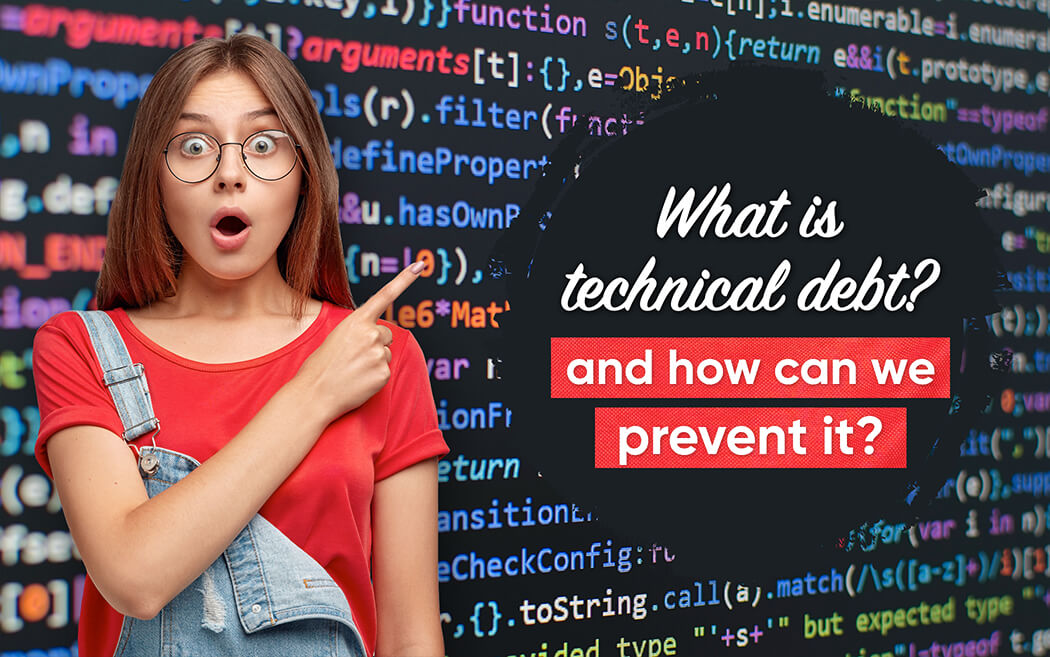 Debts can have many shapes and forms. When it comes to the Software Industry, the most horrifying debt that happens is the “technical debt”. Many organizations do not know the term but 90% of them are a victim of this debt and are virtually paralyzed by this menace.

Taking this into consideration, the following blog will cover the points below:

What is technical debt?

Technical debt is defined as the incremental cost and loss of agility to an app development company as a result of prior decisions that were made to save time or money when implementing new systems or maintaining existing ones. This drastically increases rework, loss of morale, temperamental issues, and severe financial losses as well.

Unlike a “bug,” technical debt is not a visible defect and, thus, may not be detected so easily.

Financial debt is relatively more common, yet technical debt can have similar horrifying consequences due to the hidden loss of time and costs that it can incur.

Much like a poor diet, technical debt starts with good intentions but ends in frustrating system failures.

Why does this technical debt occur?

The first step of having technical debt is to not pay attention to the task that is assigned to you or not weighing in the impacts of the work that will be done. The team takes unnecessary shortcuts and due to not following basic SOPs of mobile or web app development, seniors have to almost rewrite their codes which eventually leads to technical debt.

The temptation to save time also can result in a tech debt situation. Other reasons can be related to forgoing library updates or translucent requirements/Scope creeps.

The problem with technical debt is when it gets out of control and app development teams spend the greater part of their time paying off the “interest payments” from past projects, there is barely any forward motion. The team keeps on circling in the previous project’s debt which eventually impacts the existing projects and the entire organization lacks behind their schedule and when you lose time eventually you lose money.

Progress becomes stagnant. Instead of discussing and implementing new change requests, the development team (mostly seniors) spends hours, maybe days, even weeks, wrangling the quick-and-dirty code to get the product to a stable state.

Technical debt will drain your productivity, leading to slower and slower output. Poorly designed application code will require more of your team’s time and effort to decipher and manage.

The work that was done in 2 days, will require weeks to clean and you can simply rewrite it as it will have millions of associations with other components. You’ll have to eventually do some rework, but such changes later in the app development will add new bugs to the poorly written code and make it all the more challenging for your QA team to test.

Unnecessary strain on the QA team:

With a challenging deadline in mind, the QA team will be forced to speed up their process and possibly miss tests, or swear to solve them later, and technical debt will incur at a later stage when QA finally gets time and tests the work properly and finds more bugs.

With the increase of visuals in documentation like screen captures, videos, or prototypes, requirements can be explained in a very effective manner which will eventually reduce the rework and any questions that the team might have can be answered upfront.

This is extremely important, clients or product owners take huge advantage if there are any loopholes in the scope baselines. The scope needs to be rock solid and there should be no or minimal scope creeps so that the team can plan and foresight the feature/product with the requirements that they were provided in the beginning.

Test-driven development is a software development process that relies on the repetition of very short development cycles. The process is pretty simple. Developers begin by writing an automated test (that will initially fail) that defines a desired improvement or new function. From there, the developer will then write the minimum amount of code to pass the previously developed test. Finally, the code will be refactored and optimized. Lather, rinse, repeat.

While the process may seem overwhelming at first, it provides assurance that the code is always tested. (And not before it’s too late.) By employing TDD you can avoid technical debt by coding in smaller chunks that likely won’t need rework in the future.

In the end, it is very clear that Technical debt can harm an organization in ways we do not even imagine. Which there are many preventive measures explained in the blog, I feel that there is a simple way to avoid this debt, just BE RESPONSIBLE AND ATTENTIVE, if you are a victim of any technical debt, then next time make sure the reasons for the debt is not repeated and you take actions before starting the work. This way you eventually reach a point where you have no or minimal technical debt on you and someday when all the individuals remove their debt, the organization will be free from this modern era problem.

For all the app developers:

Leave code in a better place than when you got it.

ArtificiaI Intelligence at the Enterprise Level