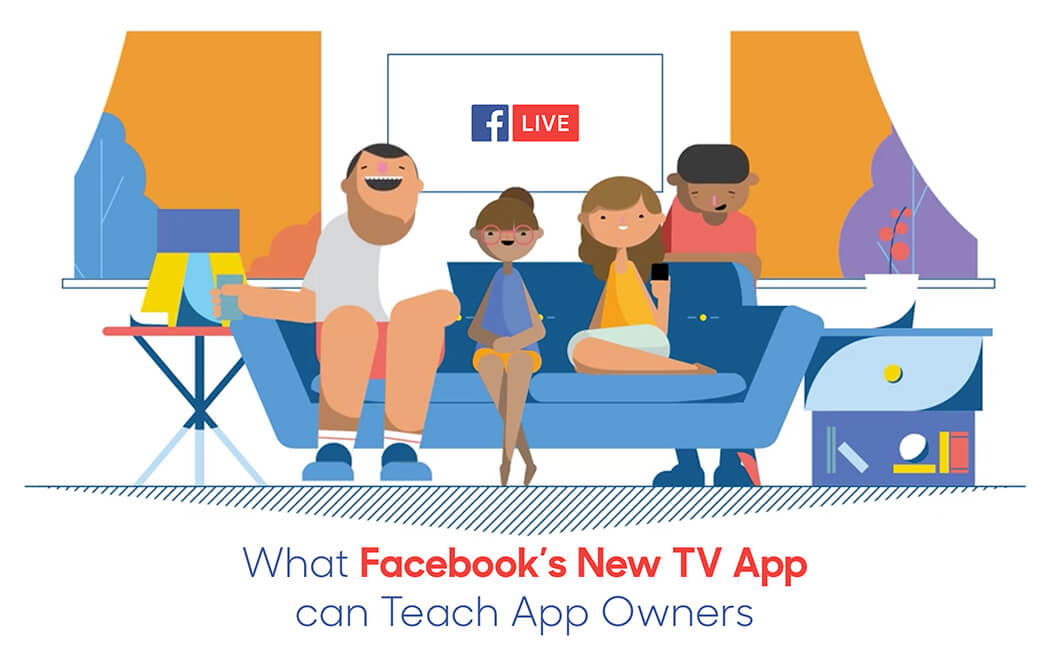 In February, Facebook took this to a whole new level by competing with YouTube, a social media platform that largely focuses on video content. How? It recently announced plans to launch a standalone connected TV app that can run the social channel’s video content on Apple TV, Samsung TV and Amazon Fire TV. Users will be able to stream any video from the Facebook app on their smartphones (whether it is shared by a friend, streamed live or comes up on their newsfeed) on the televisions in their homes.

In this post, we will discuss what Facebook’s recent move has to teach us about competing with apps that are bigger in the field you are gunning for.

Sometimes, being successful means going beyond tradition especially when competing in a field which is different than the one you specialize in. In the case of product owners, this might mean offering services that are unrelated, but still valuable, to what their apps specialize in. To illustrate this, consider chat apps that gained instant fame after integrating video calls, files, doodles, music, and even shopping – all services that are beyond text based conversations that messaging apps are originally for.

Similarly, while Facebook dominates social media apps for mobile, it made a bold move by offering its services on a platform that was mainly the domain of YouTube – the television in your home. Compared to YouTube, videos on Facebook offer a more ephemeral experience since they are shorter than videos that can be viewed on a YouTube app on your screen. While the social media platform has ways to go before it can emulate YouTube’s success in quality video content, the upcoming launch of its TV app has made it’s intent to compete pretty apparent.

2 – Staying True to the Original Platform

Going beyond tradition is good. It opens new channels of revenue and business opportunities – but that is all it must be. Deviating too much from what a product is originally for defeats its purpose. For product owners and marketers, it is tempting to introduce services or features that no one else in your industry is offering at the moment. But doing so in something that is completely unrelated is a risk.

Facebook’s plans to launch a TV app doesn’t deviate too much from its original brand especially since it capitalized on a feature that it has focused on for the past few years – recorded or live streaming videos that users can share. By launching a TV app, it just extends this focus to another screen. Additionally, statistics show that the social media service mostly depends on its mobile app for its monetization through ads. Statistics also show that mobile ads make up 84% of its ad sales in total.

Having created over 100 custom Facebook apps for large brands and businesses, we know the platform inside out.

With its TV app, Facebook plans to allow more exposure to marketing content. How? Traditional use of the Facebook app is limited to mobile, which means that mostly single users are watching videos on the platform at any given time. With the TV app, users will be able to share the videos they watch on their televisions at home and with the rest of the family.

Consider the possible marketing opportunities that can be taken advantage of with this increased viewership. Coupled with Facebook’s own video services, the marketing opportunities are endless. To illustrate, consider TV networks that have often used Facebook Livestream to play videos of current events as they happen. With the launch of Facebook’s TV app, they will be able to generate more viewership for on-air advertising and look to the social media platform as a lucrative marketing channel.

With the launch of its TV app, Facebook has a lot to teach app developers looking to lock horns with products that are far better in categories they are competing for.

Enjoyed reading this post? Check out the path to great mobile UX.