How to Create Amazing UX with Anticipatory Design 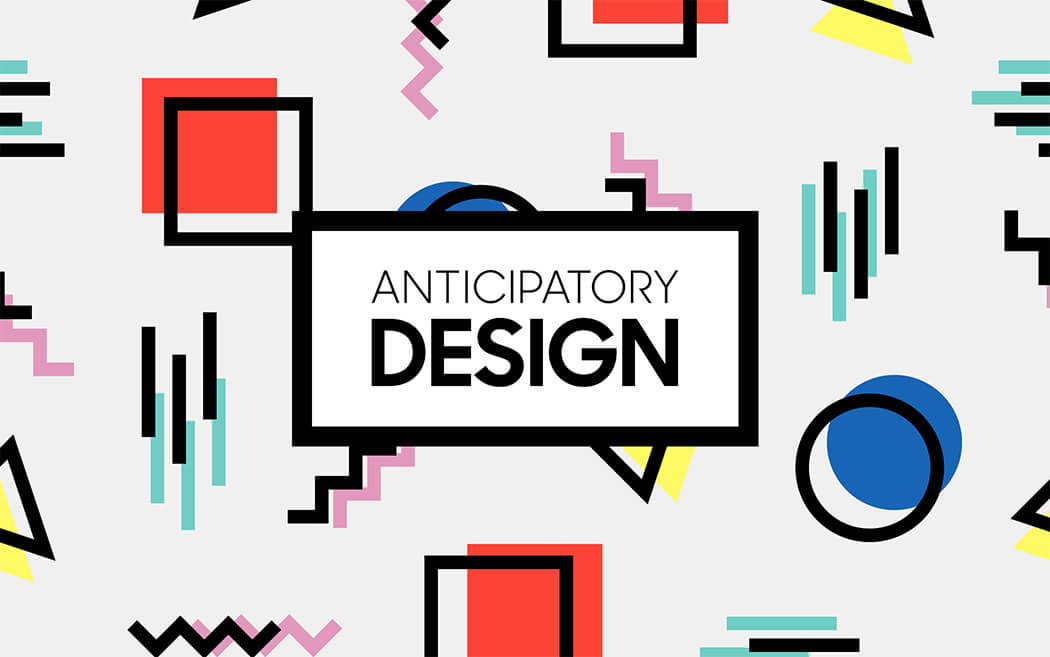 When Facebook’s videos silently began autoplaying on my newsfeed, I didn’t think too much of it and continued browsing as I normally do. Before long however, I unconsciously began to pause more on these posts. Eventually, I started asking myself, what was it that made this experience engaging?

And then it hit me. I realized that it had fulfilled a need of mine which I wasn’t aware of. Somewhere, a designer had anticipated that users like me would like videos to start playing without needing to click on them and wouldn’t find them intrusive, as long as they didn’t have sound. In the process, the designers made the user experience more convenient and enriching.

What is Anticipatory Design and how does it add Value to UX?

Designs that anticipate ways to improve user experience before the user even realizes they had the need in the first place is what anticipatory design is all about. In design, this means simplifying UX by being one step ahead of users and coming up with solutions for problems that users may be facing, but might not be yet aware of.

When we think about it, this makes sense. Would a user have wished for a “Save Password” option before it existed. No, he would only be aware of the annoyance of having to type his username and password every time he wanted to log in. So, a functionality that spares him from doing that came as a pleasant surprise. And that is anticipatory design. For designers, anticipatory design isn’t exactly something new. Filling the gap between usability and convenience has always been a matter of coming up with the right solution. Think of earlier versions of web based email services where designers anticipated that storing contacts would spare users from re-typing email addresses every time they needed to email someone they know.

Now, thanks to dwindling attention spans, that gap is way smaller than it has ever been. So the question is, how can modern designers fill this tiny gap without compromising on the overall experience?

There are two ways to go about it. And it’s by coming up with ways to:

Give More Output from Less Input:

Good design is one where users don’t have to work too much to get value from it. Take e-commerce websites for example. Designers now know that shoppers will appreciate being able to buy as many items they need without spending too much time searching for them. Sorting options and filters allow users to search for relevant items based on certain attributes, such as price. Online apparel stores, for instance, allow visitors to pick a gender first; a simple, yet smart choice that matches users with relevant products and makes it more likely for them to make purchases.

In other words, these users are receiving more output without giving a lot of input, a benefit that anticipatory design works towards, and one which designers strive to achieve everyday. How? One of the ways is by focusing on the basics. In the case of user interface design, it could be the least amount of input a person can give, which is by talking with gestures or through body language.

To illustrate, consider the iOS virtual assistant Siri. You can use Siri’s voice based interface to do anything from initiating simple commands like playing music to more complex ones like booking a ride on Uber, with the input being nothing more than your voice. The problem with having too many choices is that you are always wondering if you are making the right one. It’s why selecting just the right toothbrush from the fifty different varieties available at the store takes longer than it should.

User experience design works the same way. Try making too many decisions at any one time and your decisions are bound to get worse down the road.

A few years ago I was planning to visit Kuala Lumpur and decided to make a reservation through a travel website. My needs were pretty basic. I needed a one bedroom unit for a week. But after spending 10 minutes debating whether I would like to stay near the city center or the beach, I had to waste 15 more minutes on selecting amenities, all decisions I had to make before I was given relevant hotel suggestions. All in all, the entire process took me 30 minutes.

Thankfully, it isn’t as frustrating to make plans on travel websites of today. TripAdvisor, for example, anticipates this frustration by highlighting traveler reviews rather than amenities in hotel details. In this way, the focus of UX has shifted towards sharing the experience of other travelers which can expedite your own decision.

For UI designers, this decision fatigue is a real concern and one that they are trying to overcome with anticipatory design by limiting or reducing user choice to only those that are absolutely needed, and eliminating choices that don’t have any bearing on these needs.

Where Are We Headed? The goal of anticipatory design is to ultimately make designers capable enough to make decisions on behalf of their users. Now, as we head towards the world of artificial intelligence and machine learning, businesses can improve their application’s UX based on the user data they have gathered. This means, designers have real data to base their UX decisions on.

You can see how this is applied to the anticipatory systems of today and predict the future. Take the Google Now intelligent assistant for example, which uses a machine learning algorithm to predict consequent decisions users might make based on their previous search habits, such as sending you traffic updates for routes that lead to the restaurant in your calendar.

Another system that anticipates user intent is Nest, a smart thermostat that automatically adjusts your home’s temperature according to how you used it in the past. It then uses this data to create a personalized schedule for your home.

Now we can add “gestures” to the list. Currently, Google is working on a project called Soli that takes input from hand gestures, thereby further simplifying how we input instructions.

To illustrate this, take the BMW 7-series’ Gesture Control system for example, which has pre-defined gestures for certain actions. You can make a phone call by pointing at the touch screen with your index finger, or adjust the volume through circular motions of the index finger in front of it.

While driving, using a touchscreen was always considered unsafe. To alleviate the safety concerns, UX designers created an interface that drivers could interact with by just pointing at it instead of touching it.

Anticipatory design wasn’t considered a priority until user attention spans starting dwindling and mobile apps became more competitive. Current innovations have started improving how they predict user intent and are using what they learn to enrich user experiences. It will be interesting to see how the design community uses this UX pattern in the years to come.

Enjoyed reading this post? Next you can “Learn how improving mobile UX can prevent you from annoying your users.”

Find out What Team Cygnis have been up to