Web Application Development Will Be Better Than Ever In 2020 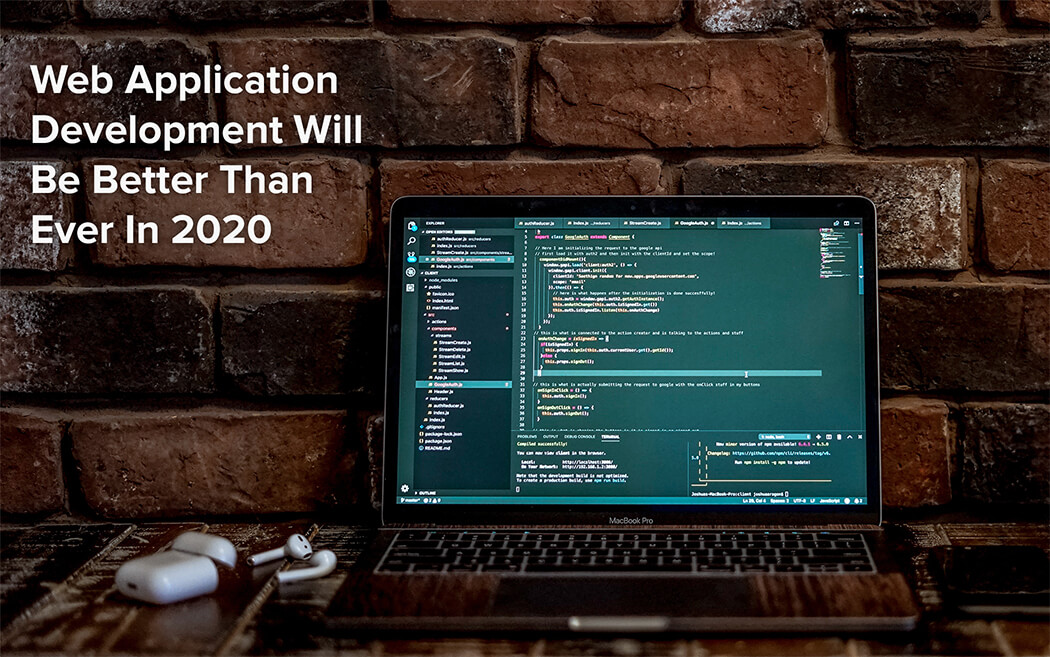 When web applications first emerged onto the scene, they changed the landscape of entire industries. Giants like Amazon, Facebook, MySpace, Google Maps, and so many more before them, began a revolution that would enable software developers to create and ship software products without the overheads that came with the building and distributing desktop software. Then, came the mobile revolution, taking away the spotlight and for the better part of an entire decade. However, we have now come full circle, and web applications are having a renaissance. Here are some reasons why we feel that the state of web application development is currently at its peak, and will continue to go from strength to strength in the coming decade (the 2020s).

Frameworks have played a massive role in enabling web application development to become quicker, more efficient, maintainable and powerful in the 2010s. Laravel and Ruby on Rails were two that constantly pushed the boundaries and evangelized a whole generation of web developers. Then came the behemoths Google and Facebook who developed and open-sourced Angular and React respectively to enable developers to build incredible front-end clients for the web that rivaled native mobile applications. Although Angular has since lost some ground to its rival, React remains the leading web development framework in the world today. It’s popularity even spawned another front-end framework in Vue JS which has quickly surpassed all the others to become the second most popular front-end framework and is slated to go from strength to strength in 2020 as it is poised to release a massive update in early 2020.

Building an application no longer requires massive amounts of resources to get a product off the ground. Today, a single person can build and deploy a web application that can rival those built in the past decades by teams of dozens if not hundreds of software engineers in terms of features, performance, scalability, and security. This is largely thanks to the advancements made in cloud infrastructure availability and serverless technology. These services provide affordable, enterprise-grade services in the realm of hosting and DevOps to developers, taking away one of the biggest barriers to entries in the software development space that existed in years past. With their free tiers and incredibly low prices, software enginers now have an unbelievable wealth of resources available at their fingertips.

Sometimes you just need to have a native mobile application. Web developers have tools to cover those situations as well. Frameworks such as React Native and Flutter have made incredible strides in the last few years and are now serious contenders to become part of mobile application development stacks. Their biggest advantage is that a single code base can be used to create native applications for both iOS and Android. In React Native’s case, a lot of the code base and components can be re-used for the web version of the application as well. Having the ability to leverage the web application development world’s plethora of resources and building user experiences that truly feel native on mobile devices is a massive advantage for web application developers, one that will become increasingly more popular in the next decade.

The proof of the rising importance of web applications is in the trends we are beginning to see. Enterprise-grade software such as Slack and Figma built their products for the web first and later ported these over as web applications wrapped in containers for the desktop version of the product. The web application is where it begins and often is where companies will roll-out quick prototypes of new feature ideas to test their performance before building it for the other platforms. The reason for this is that it’s far easier to roll-out features for the web through continuous deployment pipelines than it is to do so for native platforms, where downloading an update will be required. Because the web is now powerful enough to handle just about any task a native device can, and the web application is always in the latest state (a simple browser refresh will get you the latest version) it just makes sense.

Gone are the days when we as web developers would wonder and worry about whether a massive chunk of our user-base will get the proper experience using our application because they use Internet Explorer 6 (or 7, or 8, or 9, or 10). Now, with adoption rates of modern web browsers touching 95%, web developers are free to build the features as they imagined them. Not only that, but the major browser engines (WebKit and Chromium) are constantly evolving and adopting new features and standards put forth by a consortium of Web Standards. These carefully vetted and crafted features enable web developers to build incredible new experiences like Augmented Reality on the web using tools such as 8thWall. Best of all, because modern browsers generally auto-update seamlessly in the background and install the latest version the next time they are launched, the user-base gets these new features automatically over time.

It has never been a better time to be a web application developer. Not only are there immense, exciting opportunities up for grabs, but the incredible volume of resources available to learn and collaborate online is astounding. We can’t wait to show you some of the incredible apps we are working on for 2020.

The Future of Customer Support Apps