Every game enthusiast on this planet knows about IGN and almost every American has tasted Wendy's burgers at some point of their life. Both larger than life companies wanted to jointly present an app that can tap into the others' fan base and gain new fans.

There has always been heated debate amongst the fans on which game worlds are the best. World of Warcraft loyalists will claim that Azeroth wins this acclaim hands down, while fans of the legendary Half-Life series will beg to differ. We endeavored to put an end to this timeless debate and declare a winner once and for all. 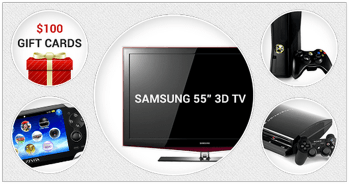 We created an app on which people would choose their Top 5 game worlds and rank them. All the major titles were available along with videos, screenshots and descriptions of each one. We would go through the data to find out which worlds were the most popular and the fans stand to win a 55” TV, an Xbox 360 and an all expense paid trip to San Francisco, among other awesome prizes.

We added a unique twist called “Level-up your prizes”. The more friends people invite to the application, the better the prizes become. So, as more people make their lists and invite their friends, the chances of winning even better prizes are unlocked.

The app was shared so quickly that the highest level prize was unlocked in a matter of 2 weeks (originally anticipated to take 1 month at least). Thousands of people ranked the game worlds and in the end, the World of Warcraft reigned supreme.