How to Design for Voice User Interfaces (VUIs) 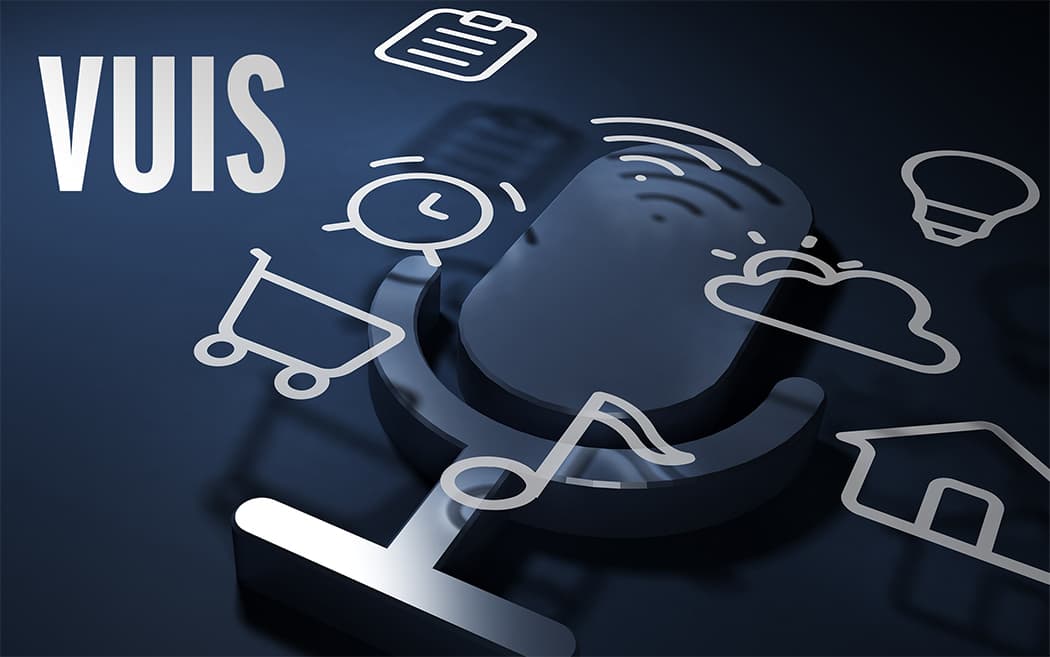 If the title of this topic has puzzled you even a little, then just rethink of ‘Jarvis’ from the Iron Man movie series. The voice user interfaces (VUIs) of today are no different, however, they are still behind in achieving the intelligence that Jarvis had.

A good thing to note is that where we have reached in terms of voice-enabled assistants was not even possible a few years ago because of the lack of computational power to process it. Recently, due to advancement in technologies and emergence of new ways to store data such as cloud computing, virtualization, and GPU acceleration, it is now possible to make AI-enabled voice apps.

Still, many aren’t familiar with these voice-enabled assistants. To help understand the concept better, think of voice-based products as personal assistants that can answer your questions by speaking. You can ask them about anything, from the weather today to your next meeting, and much more. They can even search public databases to find your answer where applicable. In case they are unable to answer, they will simply say they weren’t able to find a relevant answer to your question and forward your query to Google or Bing (or any other major search engine of your choice). And the best part? They learn by their interactions. Unlike the voice-enabled answer machines, the bots that we are talking about use complex machine learning algorithms to learn from their conversation with the people and to form an image about their traits.

It is only a year since the launch, but these devices are spreading fast in the market. This has brought a new possibility for developers and they are now coming up with innovative ideas to make apps for them.

But a major challenge is the user interface design for these voice-first systems. Most designers and developers are only familiar with desktop and mobile interfaces for click and touch interactions. These are easier to understand because the user is engaging with the apps through his screen, which means more focus on visual aesthetics. As all information is available on the screen, therefore the only problem left with the designer is to make it display in a visually intuitive manner. But with voice-enabled interfaces, the story is a little different. Voice products don’t have display screens. Outputs are provided through voice alone. Also, unlike screens where a ton of data can be represented to the user, a voice-based system can only speak a few words in a minute, which decreases the quantity of output.

That’s why it is crucial to pay heed to the design of Voice UIs so that the users don’t face any trouble while using the products. Here are a few tips to improve the user experience for voice-based products. Focus on this interaction between two users:

A: Get two Big Macs and a Happy Meal

B: Anything to drink?

By reading this discussion, what do you think of the context? McDonald’s, right? But, now say the same thing to a voice-based system. Will it answer the same? Nope. It won’t even understand the context. Designing for Voice UI requires explicit instructions that can help it understand the intent of the user. Another thing to note while designing user interfaces for voice-based products is that humans need feedback. So, if a user asks something from the voice bot and it stays silent, this will offend the user. Instead, adding some kind of cue to let the user know that the product is listening is a better idea. When you call a customer support center, you are greeted with a robotic voice followed by a few numbers that can lead to further actions. For example, press 1 for this, 2 for that, and so on. But the good thing is that users won’t be blank when working with VUIs because you can add user guides with proper examples to help them understand what they can expect from the voice products.

For example, the Google Home mini and max come with a few conversational style questions that you can ask it just to get started. These are close-ended questions or commands. For example:

Adding an intro video, or tour for the same will also be a good idea to make users understand the type of conversations they can have with the voice assistants.

A problem that engineers are concerned in VUIs is adding pings for the success of a task. Let’s say you want to set a reminder for today at 5PM. The conversation will flow in this way.

“Ok Google, remind me to start homework at 5PM today”

Google home will reply, ‘your reminder for start homework is ready.’ And, when it’s 5PM, it will say, ‘I have one reminder for you.’

Alexa doesn’t show the success message. It only says, ‘setting reminder for 5PM.’

Where videos and user guides are a good way to get the user started, there will always be instances where the user’s queries won’t be interpreted by the VUI. In that case, spelling out all the options in front of the user will be a good idea.
Take the below image as an example: Using a prototyping tool to display branches of the interactions taking place between the user and the system for open-ended cues will make a good starting point for the VUI product. For example, ‘Play a song for me,’ can be answered with an easier choice instead of saying you have 128 songs, which ones would you like to play, interact with him more personally.

Alexa does a good thing about it. When it is asked to sing me a song. It says, me? I can’t sing! And then, starts singing.

To sum it all up, the UX design of voice assistants is still in its infancy. But that doesn’t mean the developers can’t play with these and come up with things that the users haven’t thought of. But while innovating design for voice products, the developers need to take care of a few things such as:

Also, check out how IoTs are making an impact in the education sector?

The One Web Approach Is The Way Forward For Ecommerce