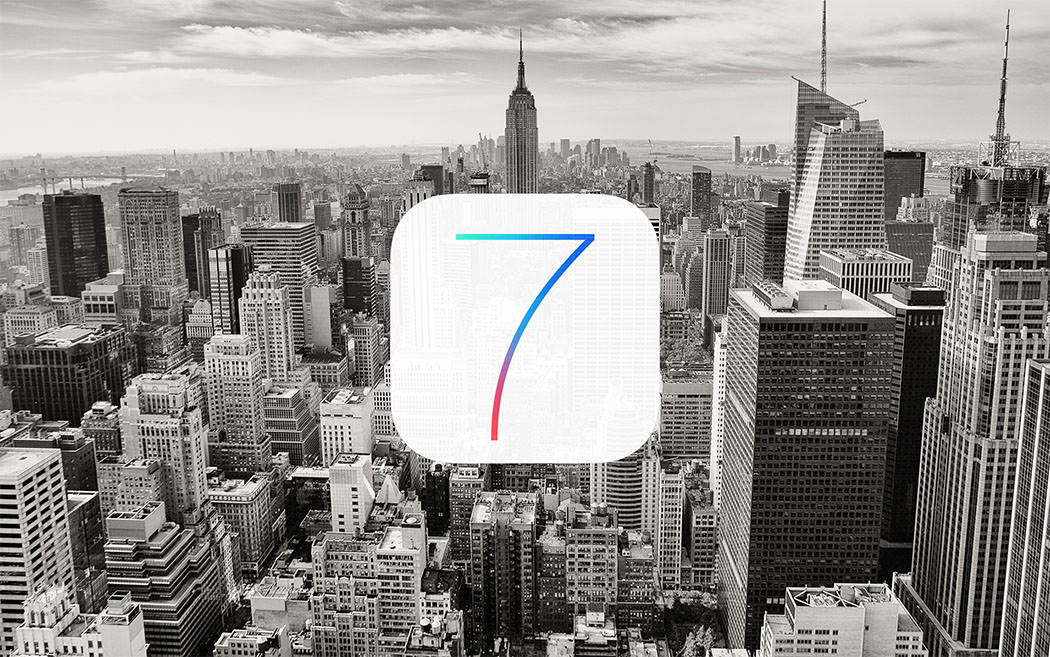 Almost every Apple user is used to the concept of two U’s, updates and upgrades. Like it or not, Apple is always evolving, so is the experience of using an Apple product. iOS is not an exception, we have come a long way since its first inception. Remember the first iOS? Your very first touch screen mobile experience, on-screen keyboard, Google maps and the phone call interface. It was wonderful.
Well things have changed a lot since then; Apple has introduced several features as technology progresses. We have seen the evolution of iOS updates and upgrades to take us through GPS, gyros, proximity, accelerometer, and our beloved Siri.

With the release of iOS 7 several applications have already gone through with the optimization process. With iOS 7 there is an opportunity for all applications that need to make adjustments. It is a good time to make changes or even revamp the whole application design and functionality. Several applications have used this opportunity for making extra money as well. Consider the examples of Tweetbot 3 and Clear which have priced their upgrades for iOS 7. So if your application has not made any ripples with its first edition, it is a good time to rethink over design and development board. It is an opportunity to earn a name and some bucks, whichever way you want to see it.

To be, or not to be! A developer’s dilemma

To be very honest it is not an option, as users are quickly updating their devices to iOS 7, developers need to follow quickly or get left behind, but for a catchy heading; Shakespeare is always handy. As for developers; if you have used elements from the developer’s kit in your application then you need to make all the necessary changes in method you have used from Apple’s UI element.

Customizing applications for user experience and requirements has always been at the developer’s discretion. But if you are working to build a brand identity, it is not a good choice to limit yourself with Apple’s UI elements. If you have developed customized application using Apple’s interface builder tool, you will have to update your application as per iOS 7 updates.

Apple’s CEO Tim Cook termed iOS 7 as the biggest change to iOS since the introduction of the iPhone. It is very true when it comes to the design features. You will not find any shiny textures of the apps, in fact the visuals are pretty flat and simple. Apple has sacrificed shiny textures for speed. iOS 7 has changed its appearance which reduces memory usage and in result have a faster iOS. This does not ask for any radical design changes for your app, whether you have used Apple’s UI element or a custom design. The design of your application might appear the same for iOS 7 with a less flurry of shiny texture in it. However you may want to make few changes to your design for a better visibility and appearance with iOS 7.

As new iOS make its way to the market, every application has a chance to change its look and functionalities. We are not talking about iOS 7 bug fixes and compatibility. We are talking about fresh new design and super new features. If you think that your application is lacking some good features and dashing design elements, now is the time to make changes.

Normally when it comes to updates, it may include bug fixes and implementation of new features. However the shift from iOS 6 to iOS 7 is drastic and radical in nature. This shift is covering aesthetics and user interaction. The shift with iOS 7 has major changes in aesthetics and functionality.

The foremost challenge for developers is to design for the new system interface and UI. As we have discussed in this article that if you are using Apple’s interface builder tool then it is easy for you to upgrade to iOS 7 standards. It seems that Apple is not allowing developers to charge for updates. As a result the developers who invest time, efforts, and energy into an update are not able to get what they deserve. The solution is to release an upgrade or entirely new app in order to make money.

UX Myths That You Thought Were True