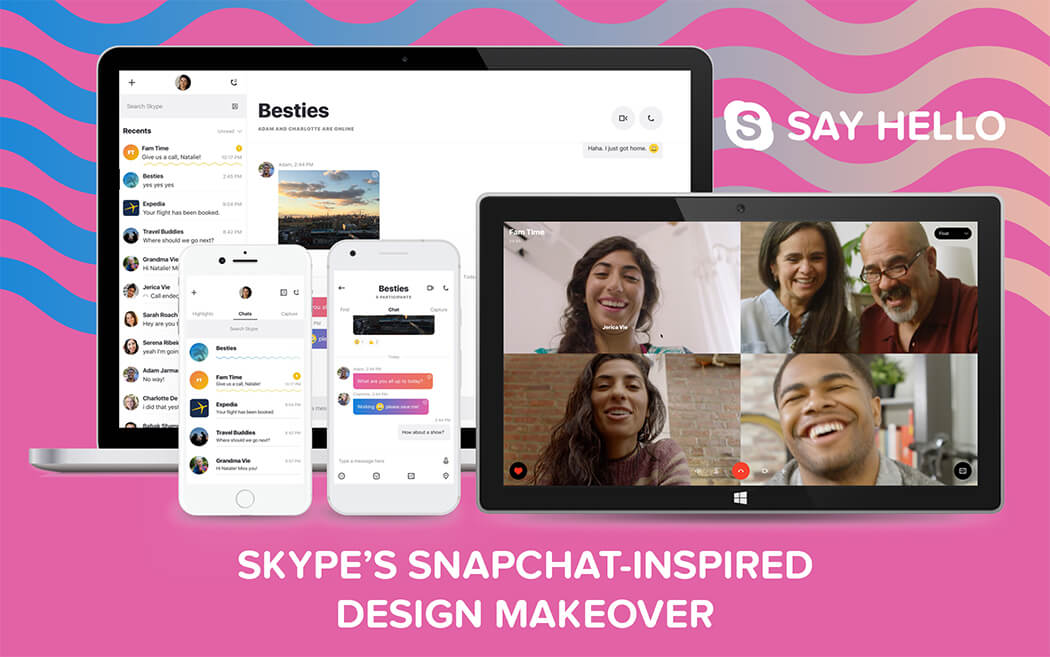 Skype just got a massive design makeover, and the upgrade looks a lot like what other app giants like Facebook, Instagram, and Snapchat already offer. Microsoft’s corporate VP for Skype calls it the app’s biggest update since 2006.

Lately, the mobile application was lagging behind more hip and friendly rivals like Messenger and Snapchat. But with this recent upgrade, Skype hopes to level the playing field and be an equal contender.

Lets see how it plans to achieve this with the new upgrade.

Snapchat was the first platform to launch Stories; a feature that allowed users to post their very own photo or video feed for friends and family to view. Other social media followed suit with their own version of Stories. And now, Skype’s new update has its own version of the popular feature, which they call it Highlights.

Highlights lets you record your week in a series of photos or videos which can be viewed by your personal network. Similar to Stories, you can also decorate your feed with handwritten text and Skype’s own set of stickers. Here are some key points:

Here are some features that mimic social apps in the new upgrade:

This re-design however doesn’t bring something really new to a messaging app. Chatbots? Messenger. Video feeds? Snapchat. Business chat? Messenger again. But what this update does is that it simply brings Skype to parity with other apps. The updates have been released on Android and a release for iOS is expected in a month’s time.

Next: Check out how Microsoft’s Fluent Design takes on Google’s Material Design.